Favourable weather moved in.  I’d watched it creep from right to left along the seven-day forecast on my computer screen.  Little orange sunshines banished the angry thunderstorm icons into the past.

Half a dozen days after turning tail, I returned to the Southern Alps, Japan’s highest mountain range, and climbed back up through the forests to Sanpuku Pass and rejoined the trail running south from Shiomi-dake.

Cloud hung low, drifting in and swallowing me from time to time as I walked alone through seas of creeping pine and across broad, flat stoned ridges.  At times, the trail dropped into the treeline and skirted the edges of crumbling ridges, where weathered skeletons of long dead trees clung desperately to solid ground.

At the end of the day following the path through the woods I came to a clearing choked with yellow flowers and across it, spied my goal, the tiny, red-roofed, Takayama Hut.  It was a dark, pokey, little place with a few tent sites dotting the dense woods outside its front door.  There were some earlier arrivals wandering around down there and I hoped there’d be enough room to squeeze inside with them.  I was greeted by a loud, gregarious old fella wearing safety goggles and a lurid, blue and red happi coat.  He invited me in, saying there was plenty of room and showed me to a floor space at the back of the hut.  It seemed most of the other guests were campers.  I paid for my lodgings as well as a couple of bowls of noodles and a beer.  Devouring my meal on the hut’s front step, the sunshine surprised us all with a feeble appearance at the end of the day.  Out, through the tree tops, behind the hut, we watched the clouds pull back to reveal the Arakawa Peaks, soaring dauntingly overhead. 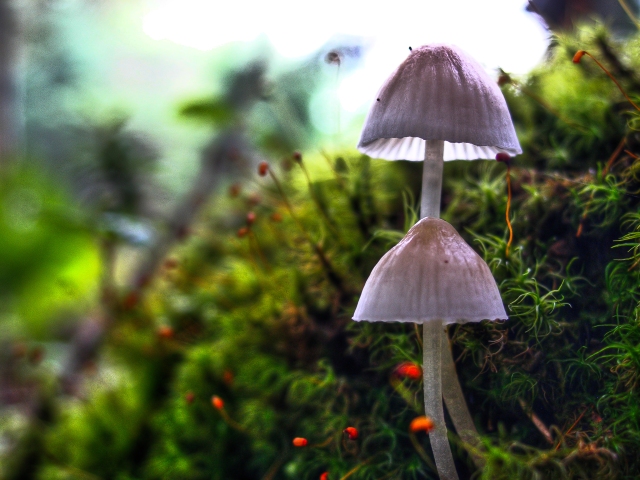 The following morning I was up before the sun and out striding along the dew soaked forest trail, bracing myself for a long morning’s climb.  The map promised a five-hour ordeal and something near nine hundred metres of elevation gain.

Moving higher, the dripping forest fell behind me and, glancing back, I was surprised to catch a glimpse of the tiny Takayama Hut, perched much closer to the edge of an enormous drop than I would ever have imagined, and beyond it, the line of the Central Alps.  A blanket of cloud remained high overhead.  I arrived at a long promenade of boulders leading up to the serrated tops of the Arakawa Peaks.  Until then, the morning walk had treated me rather gently, now, sensing that was enough of a warm up, I was sent straight up to the ridge top.

Other climbers moved amongst the crags, high up on the ridgeline.  Joining them, I moved over Mae-dake (The Front Peak) and Naka-dake (Middle Peak), stopping for a quick drink at a hut just beyond and taking in the view across to the imposing Higashi-dake, The East Peak and the highest of the group.  Higashi-dake is also known as Warusawa-dake, on account of a particularly nasty gully that carves its way off the mountain.  It was a name Fukada-san much preferred over the uninspired alternative.

Peering into the drop between the top of Warusawa and where I stood, I imagined I’d soon be offering up a few choice naming suggestions of my own.

Within an hour or so, in defiance of map times, and beneath a clearing sky, I collapsed happily on Warusawa’s rocky summit.  The final climb not quite the ordeal it had appeared to be from across on Naka-dake.  I waited for some time to see if the cloud would lift off the mighty Akaishi-dake standing to the south, but instead, as the heat and humidity climbed, even up there at 3000 metres, the cloud seemed to be closing in more than anything else. 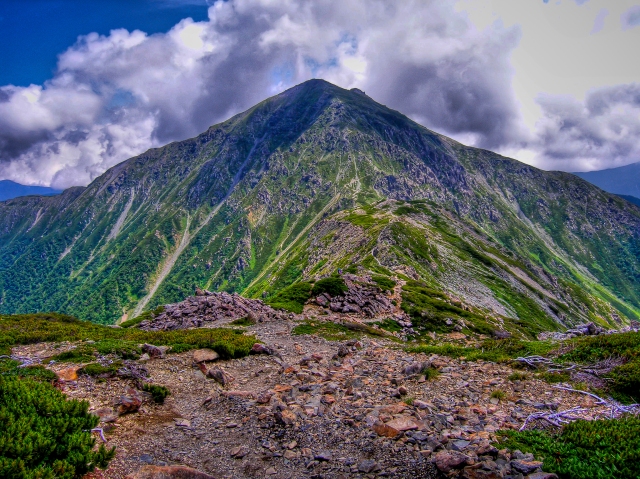