THE DIRTY THIRTIES – MOUNTIN’ THE MULE

The mountains were ganging up on me.  Since setting out in June I’d received the occasional walloping courtesy of a rogue peak – Iwaki, Iide, day three in Daisetsu-san – but now things seemed to be getting rough.  All ability to extract any enduring enjoyment from the mountains had been lost.  Things had deteriorated into nothing more than one hard slog after another. There on Echigo-koma I dubbed that leg of my journey the “Dirty Thirties.”  The thrill was suddenly replaced by hard graft.  I peered into the dizzying ravines beneath my feet without awe or fear.  Nothing registered.   I was climbing for no other reason than to get to the top of one pile of dirt and rock before pissing off to the next one.  The weather, the heat, the exertion, all had formed a formidable triumvirate that seemed hell bent on crushing my spirit and sending me whimpering, defeated back to sea level.

There on Echigo-koma, mountain manifested itself into the most unrelentingly vicious opponent I’d yet to set foot on.  Rising up on its haunches of bedrock, scars of exposed earth coursing down its riven flanks – signs of its battles with the harsh Siberian borne winters it stoically withstood each year – it slung all it had at me.  What chance did I have?  I was like a fighter in a cage match, battered and beaten, functioning solely on instinct, refusing to say die.  As I hurt all I could think about was that night on the piss below Hira-ga-take.  If I’d simply hit the sack instead of the bottle I would have been up and over this mountain days ago – and done so via the easier route…

For all the misery, surrender though, would have been even worse.  A soul destroying notion, it would have crushed me like no gnarly, twisted ridgeline could have ever done.  As downtrodden as I may have been the thought of quitting was like poison.

I climbed onward.  I absorbed the pain.  I sucked up the heat.  My heart beat like a caged beast against my ribs.  Blood coursed deafeningly through my skull.  At times I had to stop for fear of expiration, my chest ready to explode, something on the verge of popping inside my skull.

“No water for another thirty minutes.”

“No break until I make level ground.”

“No sitting until the summit.”

It was a three hour slugfest, fueled by a single minded depravity.

The gnarly little track, after what felt like a lifetime’s worth of torment, eventually began to flatten out and lose its bite, out of the woods, I grimly marched on in sunshine, surrounded by towering walls of swirling cloud.  The top was surely within reach.

Alone on the summit I wilted, reduced to a dripping, gasping, haggard mess in the dirt.  I filled my gut, despite exertion induced nausea, with a packet’s worth of chocolate almonds.  Lying in the dirt, munching away, studying the map I saw I’d come up from some four hundred metres to two thousand and three in around four hours.  I was shocked at the pace I’d achieved when I glanced at the time blinking blue on my cell phone.  I assumed any threat of being caught in an afternoon squall was subsequently out of the equation and that I’d be back at camp by mid afternoon easily.  I stared into the blue circle of sky overhead; all other views off the summit were curtailed by high walls of brilliant white clouds the consistency of cotton wool.

“Who the hell would pack all this in in return for a forty hour work week?”

Back the way I came the cloud, as well as my uncompromisingly grim mood, began to break up, I soaked up the views of saw toothed green ridges crowning the sheer drops I’d marched beneath a thousand metres below.  The terrain appeared to be barely holding together, narrow spines of earth formed perilous bridges between the peaks.

As the trail returned to its near vertical state the torment of descent shifted into high gear and slipped through my lowered defences.  My feet copped an unrelenting battering as I rapidly lost altitude on the steep trail and soon lost all cohesiveness with the ground beneath them.  I bumbled from tree to tree, halting my unrelenting forward progress with my arms and hands, legs merely serving as tools to keep me upright.  I willed the gravel road to appear through the trees below me.  The sound of the river rising up through the woods taunting me, its bounding waters echoing up the valley walls long before I reached its boulder strewn banks.  I began to wonder if my feet, rather than my boots were going to make it to Tokyo.  The fires raging inside my boots burned with unabated intensity whether I rested or not.  At the riverside road, flat ground did nothing to assuage the agony consuming the two lumps of meat encased inside my boots and I bumbled like a zombified toddler back to camp, along the stony riverside road that seemed as though it had tripled in length. 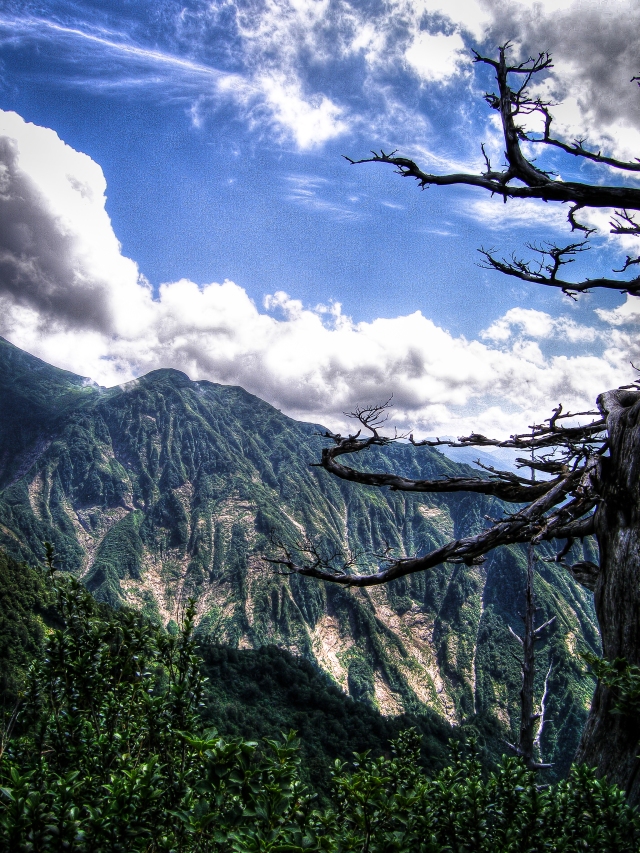 I collapsed, a blathering incoherent mess, onto a large sheet of plywood I’d salvaged from a woodpile and dumped beside the tent, propped my head up with my day pack and let the warm sunlight of mid afternoon dry me out and exorcise the trauma of the day from my soul.

One thought on “THE DIRTY THIRTIES – MOUNTIN’ THE MULE”